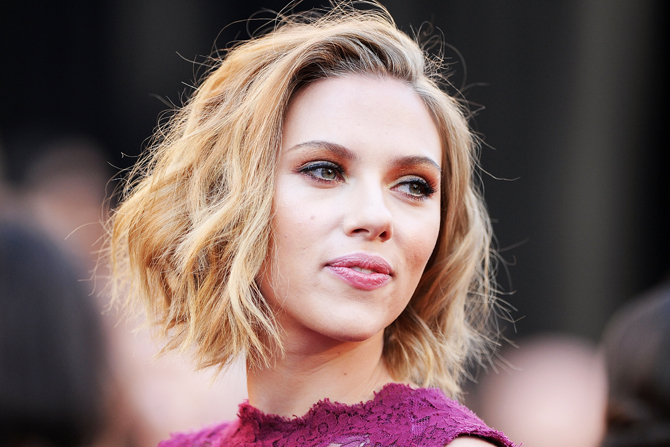 The actress, who impersonated the first daughter in a recent "Saturday Night Live" skit, said she founds Ivanka Trump's behavior "baffling" and "cowardly."

The Hollywood starlet said she was "particularly disappointed" after watching Ivanka Trump's interview with Gayle King where she said she voices her opinions -- good and bad -- with her father, President Donald Trump, but in private.

"I have to say, it was really baffling," Johansson commented. "And yesterday she said...that she felt that the biggest influence she would have...would be behind closed doors.

"I thought to myself, ‘Well that’s empowering."

Johansson added, "It’s such an old-fashioned concept that to be a powerful woman you can’t appear to be concerned...Screw that, it’s so old-fashioned, it’s so uninspired and actually really cowardly."

Tension between the actress and first daughter began after Johansson's "SNL" skit where she played Ivanka Trump in an ad for a perfurme called "Complicit."

Ivanka Trump responded to criticism that she's complicit in her father's policies by telling CBS, "If being complicit is wanting to be a force for good and to make a positive impact, then I'm complicit."