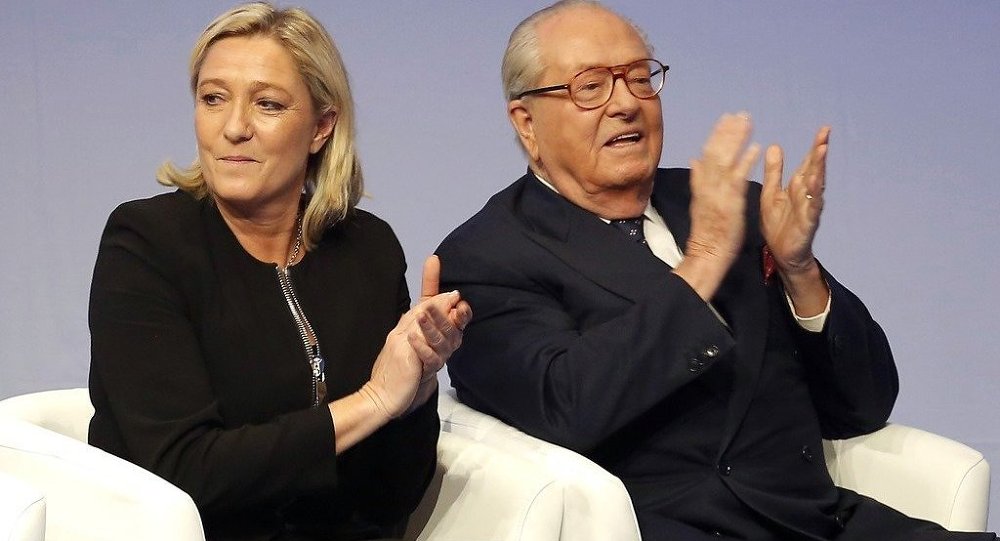 Marine Le Pen, who lost in the French presidential election on Sunday to Emmanuel Macron, should have focused on unemployment and immigration instead of the problems faced by the European Union, the candidate's father and the founder of her National Front (FN) party Jean-Marie Le Pen said Monday.

During the campaign, Marine Le Pen suggested that under her presidency France might withdraw from the Eurozone and leave the European Union altogether.

"[It was] the problems of the euro, of Europe, of retiring at 60 that weighed down the campaign of Marine Le Pen. I think one should speak to the French of the real problems: demographics, mass immigration, insecurity, unemployment, dizzying deficits," Le Pen told the RTL broadcaster.

According to the French Interior Ministry, Macron won the presidential run-off held on Sunday with 66.06 percent against Le Pen's 33.94 percent.