Turkey calls for US to replace anti-IS envoy 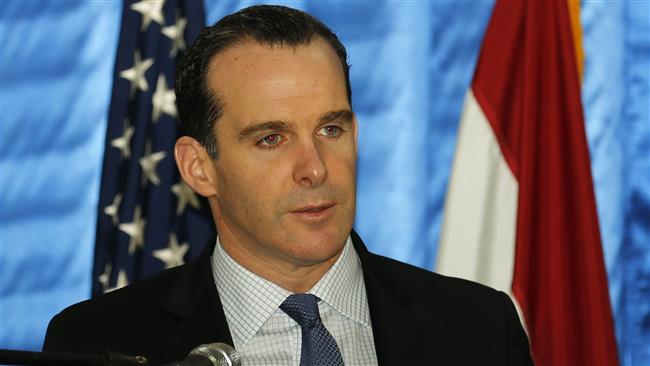 The U.S. should replace its anti-ISIS envoy Brett McGurk because of his support for the PKK/PYD in Syria, Foreign Minister Mevlut Cavusoglu said Thursday.

U.S. backing for the PKK/PYD is a major point of contention between Ankara and Washington.

“Brett McGurk is definitely giving clear support to the PKK and YPG,” Cavusoglu said, referring to the Syrian group by an alternative acronym.

“It will be beneficial if this person is replaced.”

McGurk was appointed as a presidential envoy for the anti-ISIS coalition by ex-President Barack Obama in October 2015.

Three months later, he was pictured alongside PKK/PYD militants in northern Syria, angering the Turkish government, which has labelled the group a terrorist organization closely affiliated to the PKK.

The PKK has waged war against Turkey for more than 30 years and is also listed as a terrorist group by the U.S. and EU.

However, the U.S. views the PKK/PYD as its main ally in Syria and earlier this month President Donald Trump pledged to arm the group ahead of the planned attack on Raqqah, ISIS’s remaining Syrian stronghold.

Cavusoglu’s comments in an interview with broadcaster NTV, came after he returned with President Recep Tayyip Erdogan from a visit to Washington.