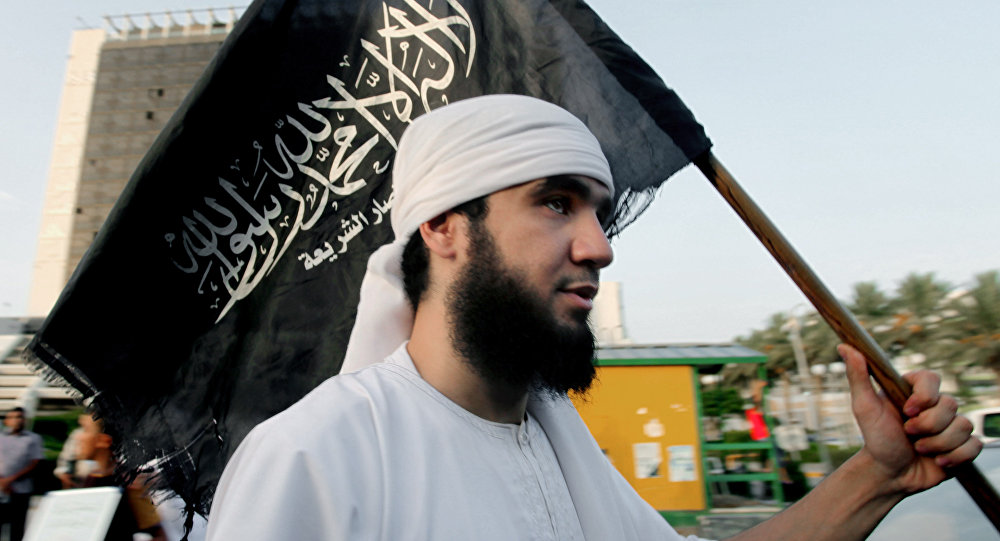 Having lost a considerable portion of its rank and file fighters and leaders, Libyan radical Islamist group Ansar al-Sharia publicly announced its dissolution.

According to the statement published online by the group, the decision to disband was made due to heavy losses sustained by Ansar al-Sharia during the ongoing conflict in the country, Al Arabiya reports.
Ansar al-Sharia emerged in Benghazi in 2011, quickly rising to prominence after the murder of the country’s former leader Muammar Gaddafi.

The group’s leader, Mohammed al-Zahawi, was killed in 2014 during clashes with Libyan National Army forces, and the subsequent leadership crisis prompted many of Ansar al-Sharia members to defect to Daesh (ISIL/ISIS), further crippling the organization’s manpower reserves.

Ansar al-Sharia was listed as a terrorist group by the UN, the US, the UK, the UAE and Turkey.

Furthermore, Ansar al-Sharia was allegedly responsible for the 2012 attack against the US government facilities in Benghazi, which claimed the lives of four US nationals, including Ambassador Christopher Stevens.