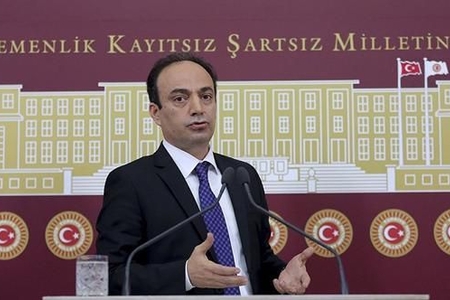 A court Tuesday issued an arrest warrant for the spokesman of the opposition Peoples’ Democratic Party (HDP) after he failed to attend a trial hearing.

The warrant was issued in the southeastern Diyarbakir province for Osman Baydemir, who is also a deputy for the southeastern Sanliurfa province, as he failed to attend the hearing despite a court order.

His attorney Serdar Celebi told the court that he was not present as he has a busy schedule as party spokesman.

Baydemir faces charges of insulting security forces in 2012, when he was mayor of Diyarbakir, after a protest attempt which was barred by the governor.

Baydemir has not denied the accusations, saying: “It is true that I used bad words at that time.”

The charges carry a possible prison sentence of one to two years.

The Turkish government has accused the HDP of having links to the PKK, which is listed as a terrorist organization by Turkey, the U.S., and the EU.

A number of HDP deputies, including party leaders Figen Yuksekdag and Selahattin Demirtas, were arrested last November after they failed to answer summons to testify as part of a counter-terrorism investigation.