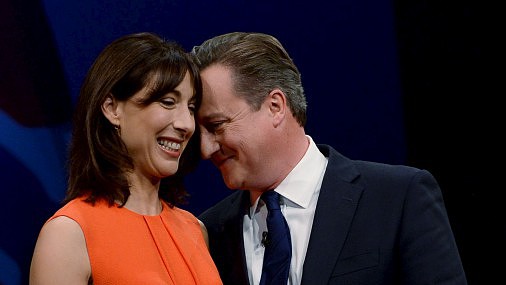 David and Samantha Cameron celebrated their 21st wedding anniversary on Thursday by posting a picture of their feet on Instagram.

While his former cabinet colleague, Theresa May, was facing heavy criticism for her decision not to appear on Wednesday night’s leaders’ debates, and with the general election just one week away, David Cameron – no longer an MP – was relaxing with his wife in Spain.

Many fellow Instagram users congratulated the couple, with one writing: “Good for you, enjoy but be sure to be back by next Thursday.” Another said: “Congratulations. On your good legs/feet. And on 21 good years.” And, referring to David Cameron, another user added: “Did he have a pedi too? He’s got very nice feet.”

But not all were so kind, with some posting edited versions of the picture that were less than flattering to the couple, as well as one that had David Cameron’s former coalition partner, Nick Clegg, at the foot of the bed.