Trump accepted an invitation of Macron for Bastille Day 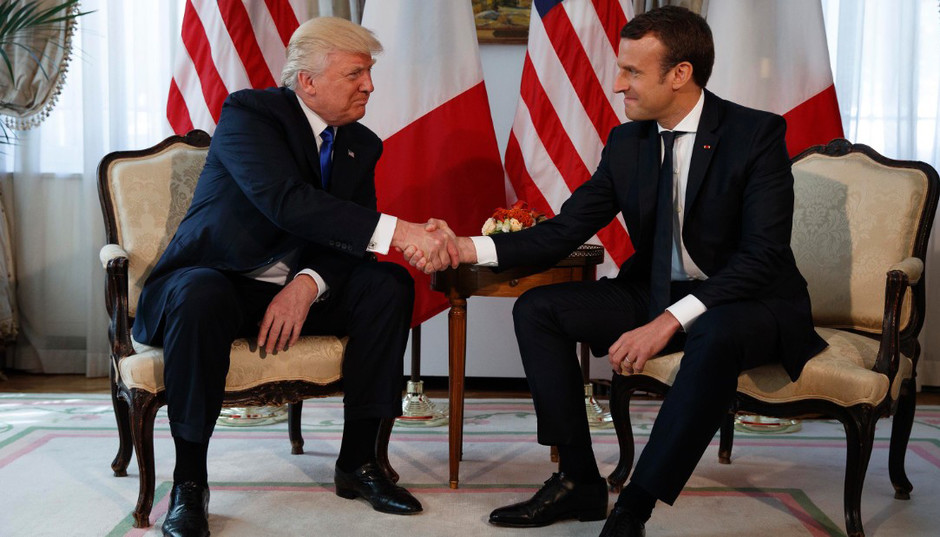 President Trump, the self-styled rebel who wants to sweep out an ancien regime, will travel to Paris on July 14 to commemorate revolutionaries who actually did it - with bloodshed and barricade-storming - 228 years ago in France.

The White House announced on Wednesday that Mr. Trump had accepted an invitation from President Emmanuel Macron of France to join him for Bastille Day. He extended the offer in a phone call the day before, when the two leaders discussed Mr. Trump’s latest warning to the Syrian government over its alleged preparation of a chemical weapons attack.

Mr. Trump and Mr. Macron are to review a traditional military parade on the Champs-Élysées, which this year will mark the 100th anniversary of the entry of the United States into World War I. American and French troops will march side by side along the avenue.

The White House used anodyne language to describe the president’s motives for going to Paris - “reaffirming America’s strong ties of friendship to France,” and “celebrating this important day with the French people” - which failed to even remotely capture the psychological subtext.

As Trump Exits Paris Agreement, Other Nations Are Defiant JUNE 1, 2017
Ever since their death grip of a handshake in Brussels in May, the personal dynamic between Mr. Trump and Mr. Macron has seemed less like a budding friendship than a polite prizefight - a mixture of bluff and bluster by two alpha males intent on claiming an edge.

Mr. Macron told a French newspaper that the prolonged handshake was deliberate - “a moment of truth” intended to show Mr. Trump that he would not “make small concessions, even symbolic ones.”

Mr. Trump rooted openly for Mr. Macron’s far-right opponent, Marine Le Pen, in the French election this spring. At their first meeting, before a NATO gathering, Mr. Trump and Mr. Macron spoke over lunch about Article 5, the clause in the NATO treaty stipulating that alliance members will come to each other’s defense.

After the lunch, according to a senior official, Mr. Trump and his top political adviser, Stephen Miller, huddled over a draft of the speech the president was to give at the summit meeting. Mr. Trump ended up not reaffirming America’s adherence to Article 5 and instead denounced the other NATO members for not paying enough to support the alliance. Mr. Macron looked on aghast.

The new French leader was derisive of Mr. Trump’s decision to pull out of the Paris climate accords. He coined the phrase “Make our planet great again,” lampooning Mr. Trump’s campaign slogan. In a speech after Mr. Trump announced the withdrawal, he all but urged American scientists to move to France.

“Come and work here with us,” Mr. Macron said. “To work together on concrete solutions for our climate, our environment. I can assure you, France will not give up the fight.”

With all that history, getting Mr. Trump to fly to Paris for Bastille Day might have seemed a long shot. He is already scheduled to be in Poland and Germany the previous week for a Group of 20 summit meeting, and Mr. Trump’s homebody tendencies are well established.

When Mr. Macron made his invitation, a senior administration official said, Mr. Trump asked him if being there would be worth the trouble, given the tensions over the Paris accord and other issues. Mr. Macron, this official said, replied that it would be a powerful symbol of trans-Atlantic unity.

For all the friction, there are signs of respect between the two men. At their first meeting, Mr. Trump congratulated Mr. Macron on his election, saying that he “ran an incredible campaign and had a tremendous victory” and that “all over the world they’re talking about it.”