Spain may 'use repressive measures' against Catalonia 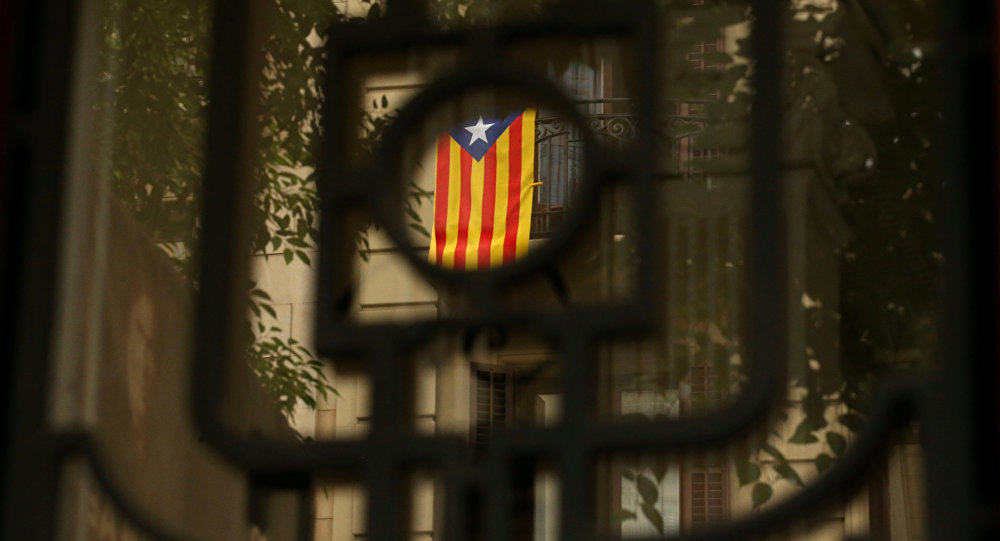 The Catalans are poised and ready to hold a referendum on independence in the face of the Spanish government's opposition. How strongly will Madrid react to the vote and what future in Europe could be waiting for the region if it secedes?

Axar.az reports citing Sputnik that, when asked what will happen to Spain's state structure if the referendum on Catalonia's independence takes place on October 1, Spanish political commentator Jose Luis Carretero Miramar cited a wait-and-see approach to the matter.

"First, let's see if the government will give the go-ahead to the referendum or if it will try to prevent the event by using security services or resorting to other methods," Miramar said, not ruling out the possibility of police interference.

According to him, "attempts to organize the referendum will be made in any case."

He predicted that if the referendum occurs, the "Declaration of Catalonia's independence" may be made public already on October 4.

If voters say "no" to Catalonia's independence, it will put a stop to the struggle for independence that recently started in Catalonia, so this scenario will mean the formation of new self-governing bodies there, according to Miramar.

"I think the main question is to what extent the Spanish government is ready to openly use repressive measures, and to what extent it will increase pressure and 'physically' prohibit the referendum," he said.

Also, many wonder "to what extent the government of Catalonia can count on any support from other countries," Miramar added.

Touching upon a number of problems that independent Catalonia could face, he said that the nascent nation would first have to deal with finding itself outside the EU.

"This does not mean that there is no possibility of holding further negotiations on Catalonia's re-joining the EU, which could begin even immediately after the recognition of Catalonia's independence at the international level," Miramar said.

According to him, this could in turn lead to a situation where Spain would block Catalonia's efforts to re-enter the EU.

"I think that the main problem is whether other countries, apart from the Baltic States, will officially recognize Catalonia as a sovereign state, which will in turn prompt a dialogue about Catalonia's re-access to the EU," Miramar concluded.

Catalonia's parliament voted late Thursday in favor of a law on transition to independence that regulates the region's exit from Spain, the parliamentary speaker said. The legislation was backed by 71 lawmakers, with ten votes against and no abstentions.

The transition law will come into being the day after people in the wealthy Mediterranean region in Spain's northeast vote in favor of leaving.

It will stay in force for about six months to allow for a new parliament to take over. The legislature will then draft the constitution of an independent Catalonia.

Catalonia has been seeking independence from Spain for years. On November 9, 2014, about 80 percent of the Catalans who took part in a non-binding referendum on the region's status as part of Spain voted in favor of Catalonia becoming an independent state.

In early June, the president of the autonomous region, Carles Puigdemont, said that Catalonia would hold a referendum on independence from Spain on October 1, 2017, prompting criticism from Madrid.