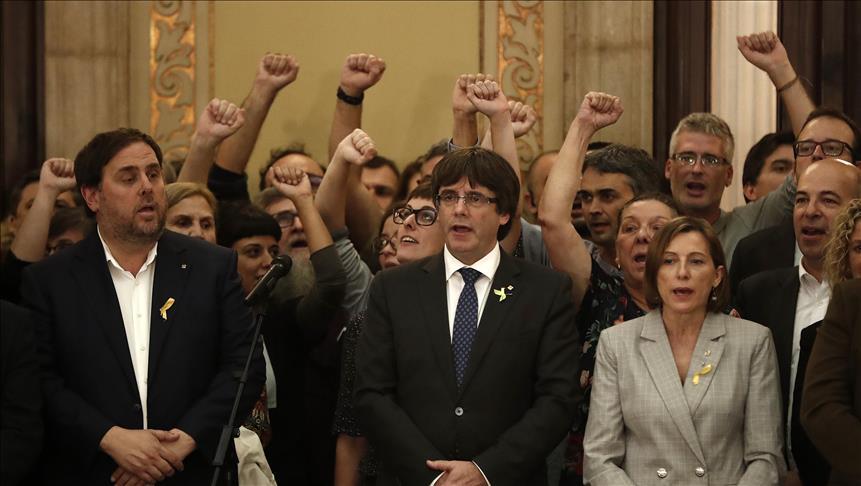 A Madrid judge has ordered that eight former Catalan ministers be remanded in custody on Thursday over last week's vote for independence in the Catalan parliament.

One of the ex-ministers was granted bail.

Of the 14 former members of the cabinet facing charges of rebellion, sedition and misappropriation of funds, nine showed up to Thursday’s hearing.

Ousted Catalan President Carles Puigdemont and four other members of his cabinet did not show up in court and are believed to be in Belgium.

The prosecutor also requested that the judge issue a European arrest warrant for Puigdemont.