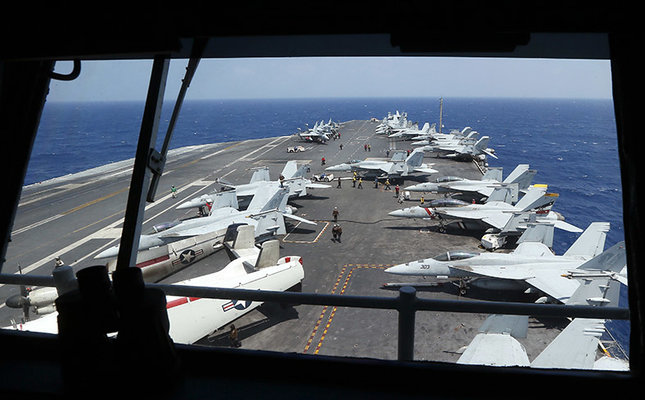 Axar.az reports citing Reuters that, South Korean naval vessels will participate in the drill in waters off the east coast, the South’s joint chiefs of staff said in a statement.

The Pentagon said on Wednesday the drill involving three aircraft carrier strike groups in the Western Pacific would be carried out for the first time in a decade, confirming a Reuters report.

A total of seven South Korean navy vessels, including Aegis-equipped warships, will participate in the drill, the statement said, to accompany 14 U.S. naval warships.

During the joint drill, the two countries will practice air operations, air artillery strikes and aircraft carrier escorts to test their ability to jointly carry out such operations.

The drill is also in response to North Korean nuclear and missile provocations, the South’s military said, and to show any such developments by Pyongyang can be repelled with “overwhelming force”.