Russia, Turkish, Iranian for. ministers to meet this week 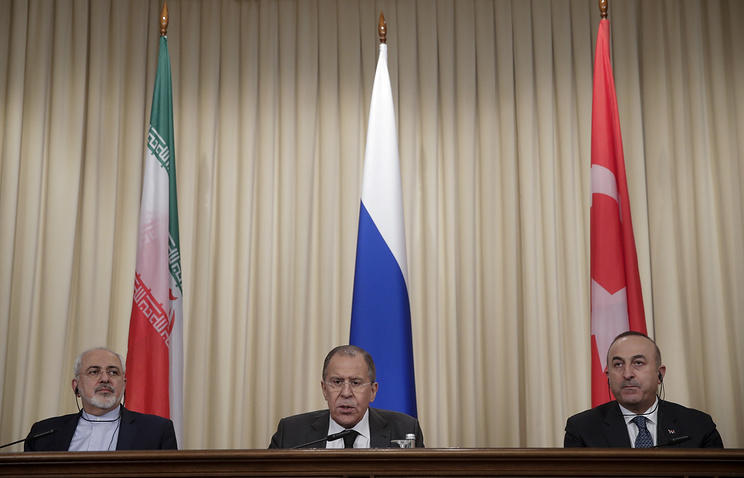 "As for the foreign ministers’ meeting of this troika - Russia, Turkey and Iran - its task is to prepare for the summit (in Sochi on November 22), and it will be held late this week," Lavrov said.

Lavrov said the three leaders will discuss the current situation in Syria, voicing hope that the summit in Sochi will encourage direct talks between Damascus and the opposition.

"It is clear that as the victory over ISIL (former name of the Islamic State terror group outlawed in Russia) and other terrorists in Syria is on the horizon, an extra opportunity is created to step up political talks in line with the parameters enshrined in the UN Security Council Resolution 2254," Lavrov said.

"These talks are held under the UN auspices, but over the past months we haven’t seen great activity of our UN colleagues. I think that the trilateral meeting will help encourage progress towards direct talks between the government and all opposition groups on the political system in Syria after the conflict ends," Lavrov stressed.

According to the joint statement made by Russian and US Presidents, Vladimir Putin and Donald Trump, on the sidelines of the APEC summit in Vietnam, this refers to drafting the constitution and holding the elections.

"Certainly, all these issues should be solved as envisaged by the UN Security Council’s resolution based on a general consensus between the government and all the opposition members," he said.