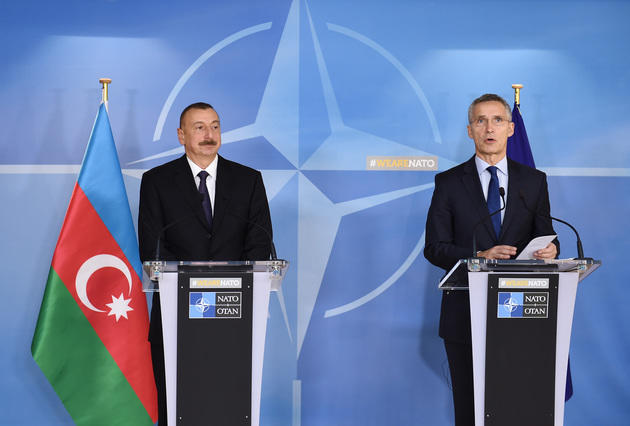 Azerbaijani President Ilham Aliyev and NATO Secretary General Jens Stoltenberg have made statements to the press.

The whole world recognizes the territorial integrity of Azerbaijan.

The head of state noted that for many years territories of Azerbaijan are under occupation of the Armenian armed forces.

"There is a policy of ethnic cleansing against Azerbaijani people and the situation, unfortunately, does not change. Armenia wants to maintain the status quo as long as possible despite the statements that come from the OSCE Minsk Group co-chairs that the status quo is unacceptable and needs to be changed", Azerbaijani President said.

The head of state noted that the UN Security Council adopted four resolutions that require unconditional and immediate withdrawal of Armenian troops from the occupied territories of Azerbaijan.