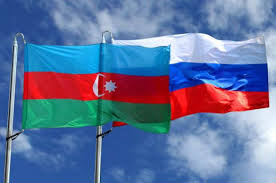 Russia and Azerbaijan are building a strategic partnership based on the principles of equality, good neighborliness and mutual respect, Russian Foreign Ministry said in a statement.

Axar.az reports that the statement is dated to the visit of the Foreign Minister Sergey Lavrov to Azerbaijan aimed at participation in the 39th Meeting of the Council of Ministers of Foreign Affairs of the Organization of the Black Sea Economic Cooperation (BSEC) in Baku.

"Trade and economic and interregional cooperation is actively developing. The humanitarian sphere remains an important component of the Russian-Azerbaijani interaction, with an emphasis on strengthening the common linguistic, educational and cultural space inherited by us”, Russian MFA said.

Along with this, it is noted that during the visit, Russian Foreign Minister Lavrov will meet with President of Azerbaijan Ilham Aliyev, and also his Azerbaijani counterpart Elmar Mammadyarov.