Azerbaijan-Pakistan direct flights to be launched 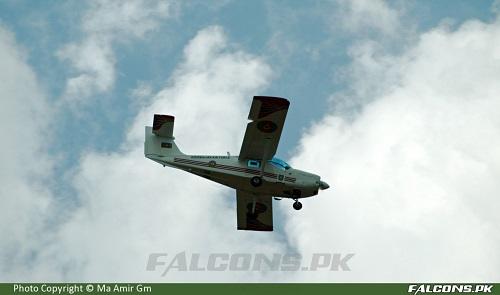 A direct flight will be launched between Azerbaijan and Pakistan and the corresponding work has already begun, Azerbaijani ambassador to Pakistan Ali Alizade, who took part in the "Diplomatic Enclave" program of the Channel 5 Pakistan, said.

The ambassador said that Azerbaijan is interested in expansion of cooperation in trade and economy, Trend reports with reference to the Azerbaijani embassy in Pakistan.

“Many joint projects are being implemented by the countries,” he said. “Exhibitions are held.”

“There are about 300 Pakistani companies and businessmen in Azerbaijan,” Alizade added. “The number of Pakistani tourists visiting Azerbaijan has increased.”

The ambassador also spoke about the favorable conditions created in Azerbaijan for foreign investors in agricultural, industrial and technological parks.

Alizade also spoke about the economic zones, international transport corridors passing through Azerbaijan and the possibility of Pakistan’s joining them.

The diplomat touched upon the issue of expanding opportunities for mutual investments and also stressed that the strategic partnership between Azerbaijan and Pakistan contributes to cooperation in the economic, trade, military-technical, energy, tourism and other areas.

“Military cooperation between the two countries is also a priority,” Alizade stressed. “Both countries suffer from terrorism and extremism, and always support each other.”

“Armenia occupied Azerbaijan’s lands and carried out ethnic cleansing,” he said. “Armenia is destroying religious and cultural monuments and does not recognize resolutions adopted by international organizations.”

The ambassador added that Azerbaijan is always close to fraternal Pakistan.