Pashinyan wrote about Medvedev's jeer at him 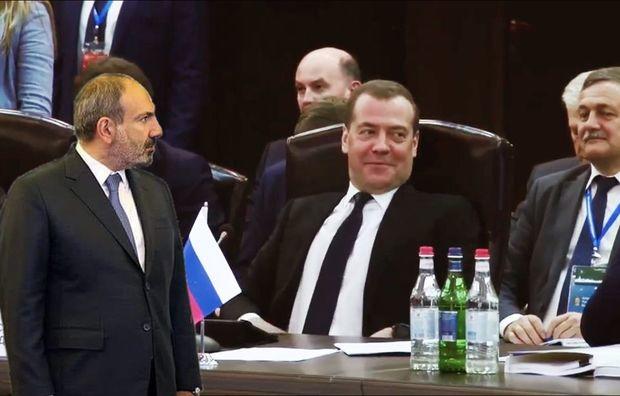 Armenian Prime Minister Nikol Pashinyan issued a statement on the video released by his Russian counterpart, Dmitry Medvedev, at the meeting of the Eurasian Union Intergovernmental Council held last week.

According to him, at the meeting of the Council, not only Medvedev, but all other prime ministers, including himself, hoped to pass the coffee-break to a minute more quickly. However, the discussions have lasted 2.5 hours more than they expected.

The courier case, which goes beyond the framework of diplomatic etiquette, took place in Yerevan.