Harms and causes of joining radical groups in Azerbaijan 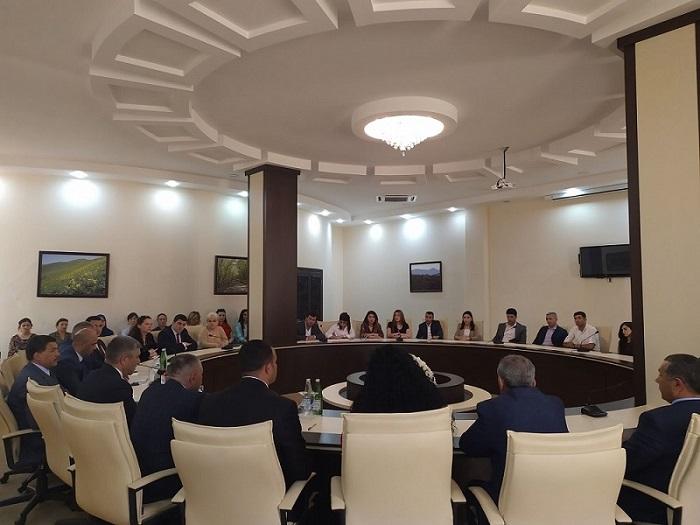 A meeting with MP Aydin Huseynov was held within the framework of the "Local Communities Capacity Building Initiatives" project, which was implemented with the support of the Economic and Social Development Center (CESD) and the PH International.

Axar.az reports that, during the meeting held at the Heydar Aliyev Center in Garadagh region, the sides discussed the harms and causes of joining radical groups and the work carried out in this direction in our country.

Speaking at the event, Chairman of the CESD Vugar Bayramov emphasized that the main purpose of the meeting was to discuss anti-radical measures and multiculturalism traditions.

MP Aydin Huseynov shared his views on the measures taken against radicalism in Azerbaijan and in Garadagh region. He spoke about the methods used in the fight against radicalism, including economic and social factors.

CESD expert Rashad Hasanov focused on models of different countries as well as international indexes. He said psychological factors should be considered when fighting against radicalization.

Then the event participants shared their opinions and addressed questions to the economist experts.