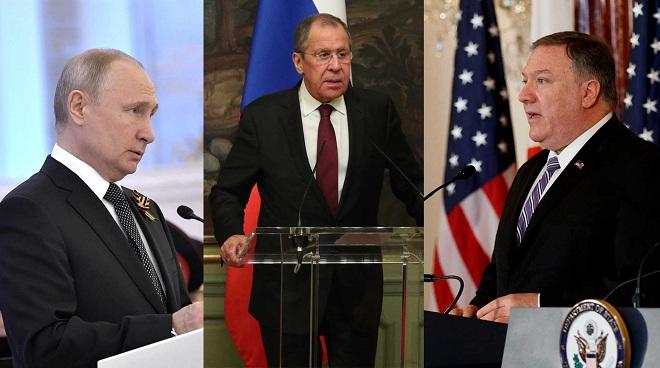 The two top diplomats are expected to brief the Russian president on the results of their talks held earlier on Tuesday.

Kremlin Aide Yuri Ushakov and Director of the Russian Foreign Intelligence Service Sergey Naryshkin are taking part in the talks.

Kremlin spokesman Dmitry Peskov earlier said that the meeting could last from 30 minutes to three hours.