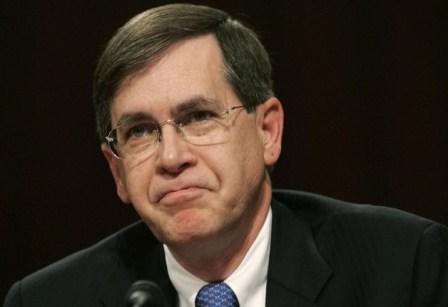 “Lebanon… believes the demarcation of its land and sea borders [with Israel] will contribute to stability in line with UN Security Council Resolution 1701,” Aoun told Satterfield during the meeting, according to Lebanon’s National News Agency (NNA).

Aoun also reportedly urged the U.S. to “help realize this objective by promoting respect for Lebanon's land and sea borders, along with its right to explore for oil and gas in the exclusive economic zone”.

According to the NNA, consultations between the U.S. and Lebanon regarding the latter’s southern maritime border are set to continue.

In April, Lebanese Defense Minister Elias Bou Saab toured areas of Southern Lebanon near Israeli-occupied territories, after which he declared that his country would “never surrender one inch of land”.

Bou Saab had gone on to assert that Lebanon would pursue its territorial rights “through coordination with UNIFIL [the UN Interim Force in Lebanon] and the international community”.