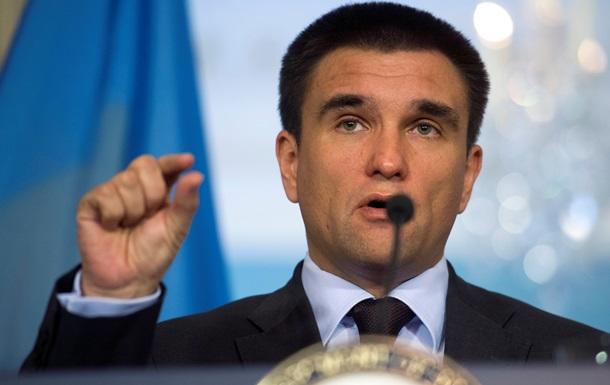 Ukrainian Foreign Minister Pavel Klimkin has tendered his resignation, he informed in a video published on his Facebook page on Friday.

"As I have promised, I have just written my letter of resignation," he said.

Klimkin explained that he would send the letter to the Verkhovna Rada and to Ukrainian President-Elect Vladimir Zelensky after his inauguration on May 20. According to the minister, "it is the correct thing to do from the viewpoint of political culture," because the newly elected president "must have the right to form his own foreign policy team and establish his own foreign policy strategy."

"But I said that I’m ready to support him when necessary and where our convictions and vision coincide," the foreign minister added.

Klimkin also announced his intention to run for the Ukrainian parliament. "I understand what Ukrainians want, but I also understand what the world expects from us. I have a lot of different ideas and I hope to implement them, which is why I continue moving forward, I am going into politics, to the Verkhovna Rada with a team whose convictions and vision for the future I share," he stressed.

Klimkin has served as Minister of Foreign Affairs of Ukraine since June 2014.