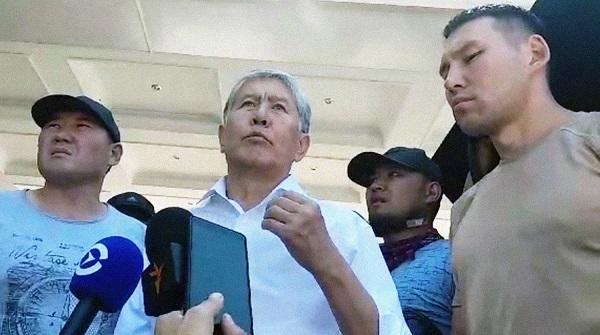 According to the committee, the ex-president used women and children as a human shield during a special operation to detain him.

"Atambayev planned to carry out a coup in the country," he said.

According to Opumbayev, the ex-president used women and children as a human shield during a special operation to detain him as he intended to take advantage of media reports about civilian casualties in his attempts to overthrow the authorities.

"The soldier was killed with a weapon kept in Atambayev’s house. A great number of weapons were found in his house, including a Dragunov sniper rifle. Atambayev confessed to firing six bullets at my people," Opumbayev said.

Atambayev served as Kyrgyz president in 2011-2017. He was the country’s first head of state to step down after his first term in office had expired. In the spring of 2018, Atambayev admitted that he had strong differences with incumbent President Sooronbay Jeenbekov.