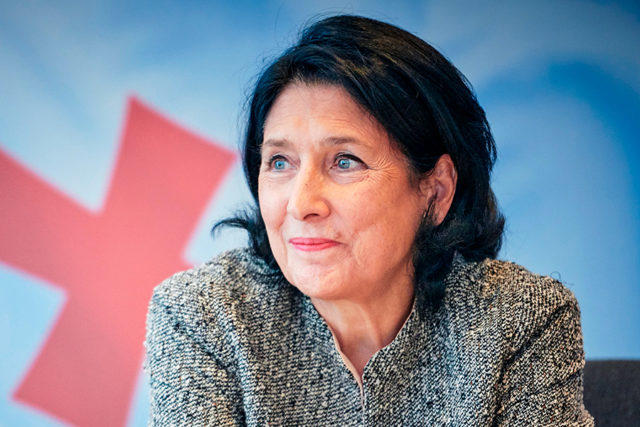 Georgian President Salome Zurabishvili, who is on an official visit to Poland, commented on the resignation of Prime Minister Mamuka Bakhtadze.

Axar.az reports citing Interfax that the president said the resignation had not been evaluated. Zurabishvili said the decision to resign was Mamuka Bakhtadze’s own decision. She added that the presidents do not make statements about domestic political processes abroad.

As for the appointment of a new prime minister, the president said he would have to wait to find out who will replace M.Bakhtadze: " I'm also waiting".