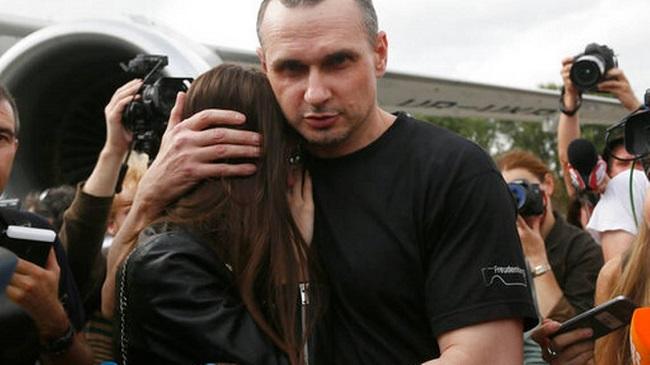 Russia and Ukraine conducted a major prisoner exchange that freed 35 people detained in each country and flew them to the other, a deal that could help advance Russia-Ukraine relations and end five years of fighting in Ukraine's east.

Axar.az reports citing foreign media that the trade involved some of the highest-profile prisoners caught up in a bitter standoff between Ukraine and Russia.

Among those Russia returned was Ukrainian film director Oleg Sentsov, whose conviction for preparing terrorist attacks was strongly denounced abroad, and 24 Ukrainian sailors taken with a ship the Russian navy seized last year.

The prisoners released by Ukraine included Volodymyr Tsemakh, who commanded a separatist rebel air defense unit in the area where a Malaysian airliner was shot down in 2014, killing all 298 people aboard.