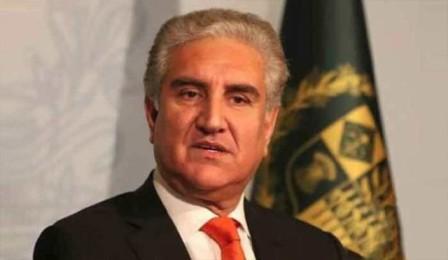 In his 20-minute statement at the UN Human Rights Council in Geneva, Pakistani Foreign Minister S. M. Qureshi urged the United Nations Human Rights Commission (UNHRC) not to remain "indifferent" to the situation in Kashmir, including the unprecedented communication blockade since 5 August when New Delhi revoked the state's special status.

Qureshi likewise claimed that "India has transformed Jammu & Kashmir into the largest prison on this planet, with virtually no access to basic amenities or means of communication".

"I shudder to mention the word Genocide here, but I must. With respect to the Genocide Convention, the Kashmiri people in the occupied territory – as a national, ethnic, racial and religious group of people – face grave threats to their lives, way of living and livelihoods...", he went on to claim, adding that the people of what he described as the "occupied land" are suffering "systematic violations of their fundamental freedoms".