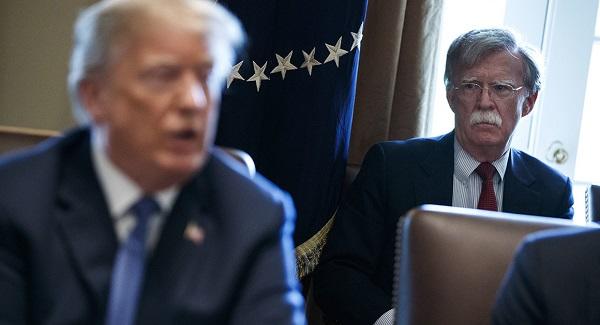 The firing of National Security Adviser John Bolton by US President Donald Trump has sent shockwaves on social media and been met with a host of mixed reactions in the United States’ political sphere.

Axar.az reports citing US media that Trump announced Bolton’s dismissal in a tweet on Tuesday, saying he had “disagreed strongly with many of his suggestions,” presumably meaning the hawkish politician’s advocacy for regime change in Syria, Venezuela, North Korea, and Iran.

Bolton insisted that he had attempted to resign before Trump’s announcement.

Secretary of State Mike Pompeo told reporters at the White House that, “the president is entitled to the staff he wants”.

Another White House official, Treasury Secretary Steven Mnuchin, rebuffed the claim that “this national security staff” is "a mess" over Bolton suddenly leaving the administration.