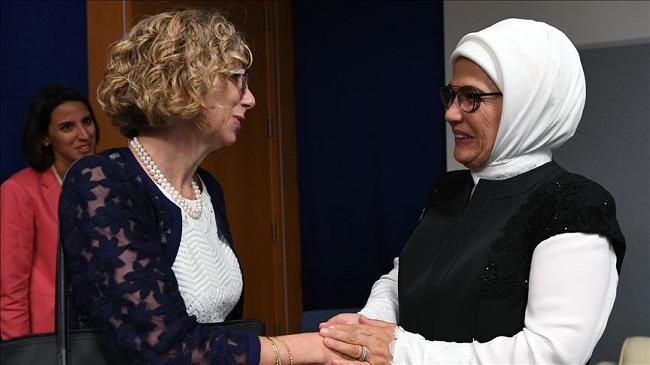 Axar.az reports citing AA that Turkey's first lady had a "productive" meeting with the head of the UN Environment Program (UNEP), where they discussed environmental issues such as recycling projects.

Emine Erdogan and Inger Andersen met late Monday in New York, where the first lady is accompanying President Recep Tayyip Erdogan during the 74th session of the UN General Assembly.

"We had a productive meeting today with Executive Director of the UN Environment Programme (UNEP) Inger Andersen, as part of the 74th Session of the UN General Assembly. We discussed our Zero Waste Project as well as cooperation between our Ministry of Environment and UNEP," the first lady shared on Twitter.

"I was pleased by Ms. Andersen’s kind invitation to the Ocean Summit in 2020," set to be held in Lisbon, Portugal next June, she added.