Turkey has been planning for a long time - Trump 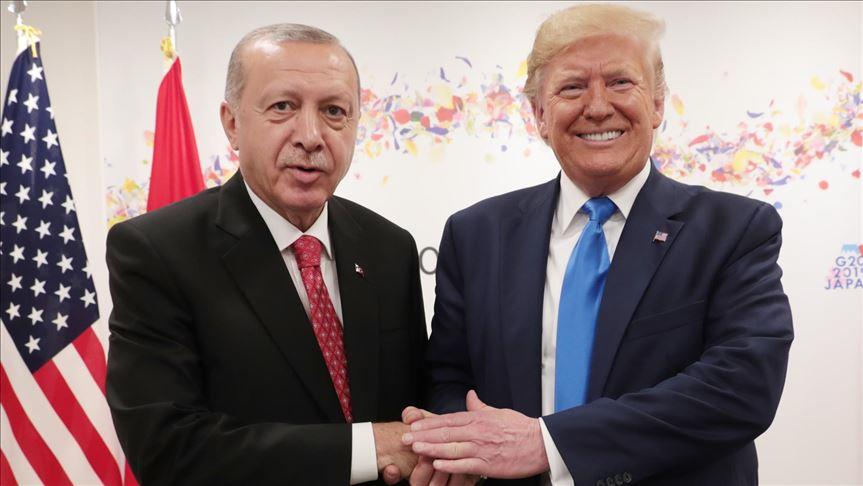 Earlier, the US president said he would like to see something "much tougher" than sanctions against Turkey over its military operation in northern Syria, which began on Wednesday.

Axar.az reports citing foreign media that President Trump released another tweet on the Turkish-Kurdish conflict on Thursday, writing that the two parties "have been fighting forever" and that Ankara had "been planning to attack the Kurds for a long time."

Trump also reiterated his earlier justification for withdrawing US military support to the Syrian Kurds, saying he was "trying to end the ENDLESS WARS" in the Middle East which the US has been engaged in for nearly two decades.​

Trump accused some of his opponents of hoping to see the US send tens of thousands of troops to Syria, presumably to help the Kurdish forces, but stressed that "Turkey is a member of NATO."

"I say hit Turkey very hard financially & with sanctions if they don't play by the rules! I am watching closely," the president added.

Turkey's operation has been condemned by Damascus, who accused Ankara of "aggressive intentions" and the violation of its territorial integrity, and by many of Ankara's NATO allies, including Germany, France, the UK, Italy, the Netherlands, Denmark and the Czech Republic, among others.