After mixed messages US piles pressure on Turkey 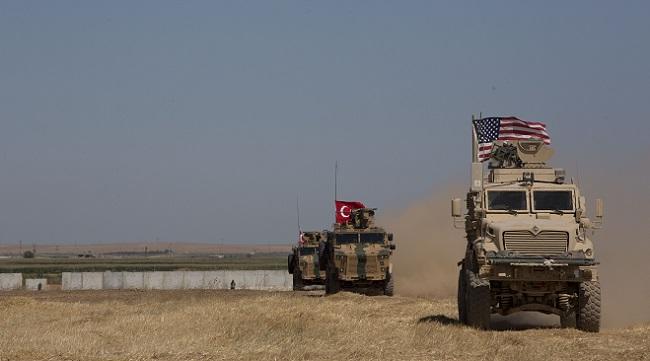 US troops came under fire from Turkish incursion in Syria.

Axar.az reports citing Gulftoday that US troops near the northern Syrian border came under artillery fire from Turkish positions on Friday, a Pentagon spokesman said, warning that the US was prepared to meet aggression with "immediate defensive action."

The US military confirmed an explosion around 9.00 pm (1800 GMT) within a few hundred meters of its post near the town of Kobani, in an area "known by the Turks to have US forces present."

"All US troops are accounted for with no injuries. US forces have not withdrawn from Kobani," Navy Captain Brook DeWalt said in a statement.

US President Donald Trump has faced a firestorm of criticism for appearing to greenlight Turkey's offensive into northeastern Syria, which began after Trump ordered US troops to pull back from the border.

Turkey is targeting the Kurdish-led Syrian Democratic Forces (SDF), a key US ally in the five-year battle to crush the Islamic State group. The SDF lost 11,000 fighters in the US-led campaign.