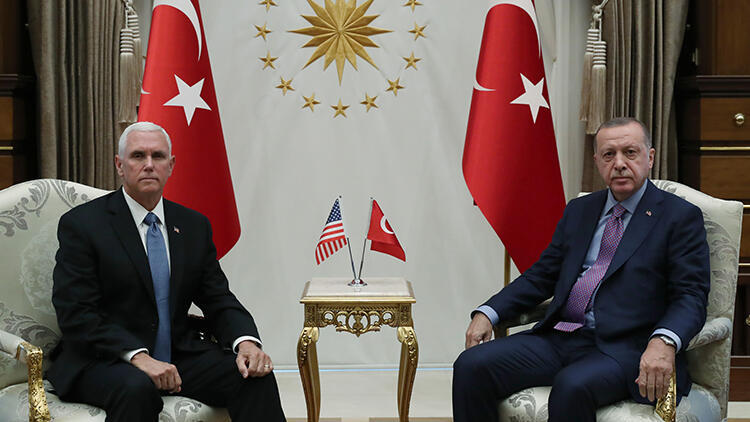 Following their closed-door talks, a meeting between Turkish and the U.S. delegations began.

There was no official statement after their meeting, but U.S. officials said Pence and his delegation had been sent to discuss the Turkish anti-terror operation that began last week in northern Syria, and related issues.

Ankara wants to clear northern Syria east of the Euphrates River of the terrorist PKK and its Syrian offshoot, the YPG.