Another country`s president arrived in Baku 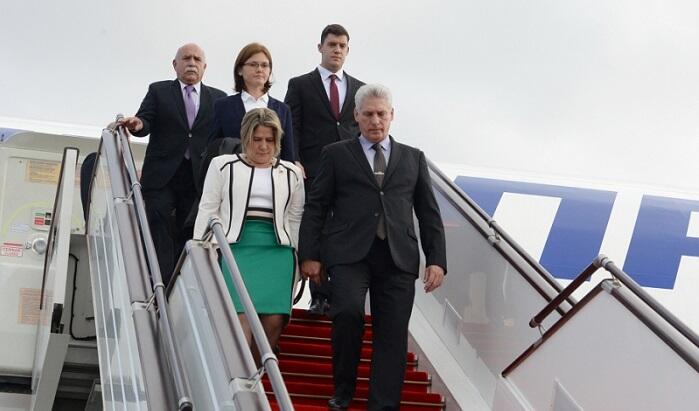 Cuban President Miguel Diaz-Canel arrived in Azerbaijan on October 24 to attend the 18th Summit of the Heads of State and Government of the Non-Aligned Movement member states.

Axar.az reports that a guard of honor was lined up for the high guest at the Heydar Aliyev International Airport, where the national flags of both countries were waving.