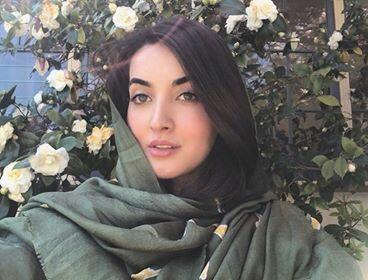 A young Azerbaijani Arzu Mammadova from Nagorno-Karabakh drove into corner the Russian journalist and broadcaster Vladimir Pozner, known for his pro-Armenian position.

Axar.az informs that, after hearing Pozner’s speech in California, Mammadova introduced herself and noted that she is from Karabakh. She stressed that many nations live in Azerbaijan in harmony and there is no discrimination, including against Jews.

Young Azerbaijani girl noted that a journalist like Vladimir Pozner should be impartial. "Nagorno-Karabakh is the territory occupied by Armenia. There are a number of UN resolutions requiring the unconditional liberation of the occupied Azerbaijani lands. No country in the world, including Armenia, recognizes Nagorno-Karabakh as independent," said Mammadova, stressing that Azerbaijanis and Armenians lived in Nagorno-Karabakh for many years and there is still an Armenian church in the center of Baku.

"By supporting Armenia, you applaud the murderers of women and children, thereby discriminating against thousands of Azerbaijanis, internally displaced persons, including me and my family," Mammadova said. Afterwards, she asked a question about where is the line between freedom of speech and hate speech.