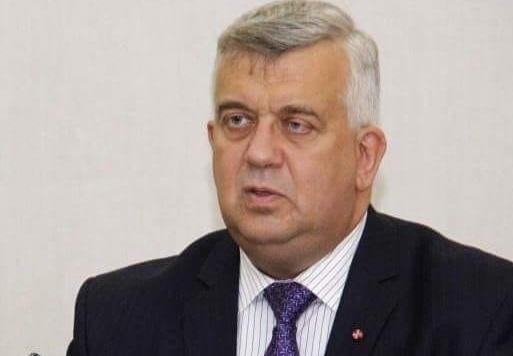 The official reason for the visit of the First Vice-President of Azerbaijan Mehriban Aliyeva to Russia was the opening of the Azerbaijani pavilion at the National Achievements Exhibition after many years of restoration. This reflects not only Azerbaijan's economic and political success but also Russian-Azerbaijani relations in the international arena.

According to him, Mehriban Aliyeva's status and personality were perfectly aligned to attend such an event:

“The second most important thing is that the statesman comes to the neighboring country to discuss humanitarian issues. It was the highest step that anyone could think of for that matter.

Now I understand that being a vice president in any country can be very beneficial not only for internal political issues but also for foreign relations.

Mehriban Aliyeva was greeted at the highest level in Moscow. Her meeting with Russian Prime Minister Dmitry Medvedev and the reception of Russian President Vladimir Putin in the suburbs proves this.

In these two meetings, the First Vice-President of Azerbaijan seemed flawless. The magnificent Russian speaking ability, the perfect dress, and the rules of the true lady's behavior - all of which were immediately noticed and worked for the good of your country's image internationally.

Mehriban Aliyeva has once again proved that the world's media do not accidentally include her to the top 5 most intelligent politician ladies in the world.

I am sure that during her first official visit to Moscow as an independent politician, she made a good impression on everyone.”

Kuznetsov analyzes the First Lady's visit to Moscow in two aspects that are not so well-publicized in Azerbaijani media:

"First, Vladimir Putin personally awarded him the Order of Friendship. Although a decision on this award was signed in August this year and Putin could send the order with the Russian ambassador, he wanted to do it personally. This means that Mehriban Aliyeva's visit has been prepared for the past three months.

As a result, there were both an official and unofficial sides of the visit. The unofficial part was discussed about the opening of the leading Russian universities in Baku.

The second aspect, at a meeting with and Mehriban Aliyeva, Russian president Vladimir Putin announced the Azerbaijani President Ilham Aliyev's official visit to Saint Petersburg, which would take place on December 20. There are numerous messages in Putin's announcement: December 20 is celebrated in Russia as the "Spy Day", this is a special holiday for the President. The meeting place is Petersburg - Putin's native city. These factors demonstrate the credibility of future relations between the two leaders.

It should not be forgotten that the father of the President of Azerbaijan Heydar Aliyev was educated at the KGB school in Leningrad. I think that in this regard in St. Petersburg there will be held solemn events symbolizing rapprochement between Russia and Azerbaijan. For example, a memorial plaque of Heydar Aliyev at the FSB High School could be set up in St. Petersburg.

If my assumptions are correct, the main political issue to be discussed by the parties at the December meeting will be the praising Nazi criminals at the level of state heroism in Armenia at the meeting of Ilham Aliyev in Ashgabat on October 10-11.

The heroism of Nazism is regarded as a form of extremism under Russian law. It is the duty of the special services of the state to fight against it. And "Spy Day" is the most favorable date for discussion. I am sure that the jealousy of the Armenian nationalists who will viciously defend Njde's illegitimate memorial plaque in Armavir will disappear. And this will be Putin's next secret gift to Azerbaijan. "