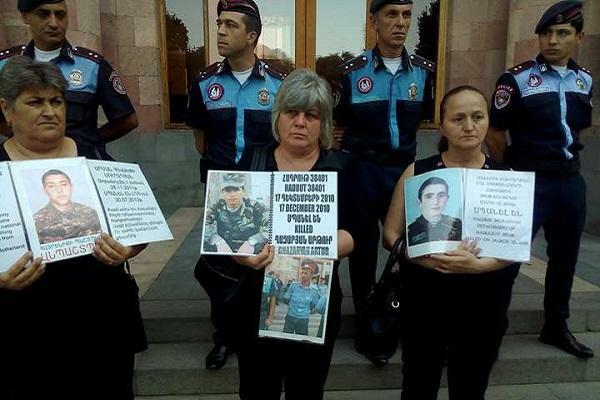 Parents of Armenian servicemen protest in front of the Armenian government building.

Axar.az reports that the parents demand that the soldiers be transferred to Armenia after the war, that they receive leave and appropriate treatment.

According to the protesters, it is not clear what will happen to the only road from Armenia to the Karabakh region, Lachin.

"I told Pashinyan that he had forgotten the soldiers, like the Supreme Commander-in-Chief, the Prime Minister. When I told him about the living conditions of the soldiers, he said, 'Were you expecting a double bed?' What kind of answer is that? The prime minister later apologized for that, but it's too late," said one of the parents.