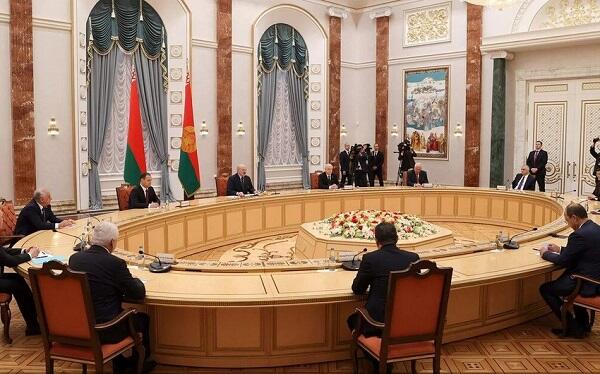 President of Belarus Alexander Lukashenko has met with the heads of delegations attending a meeting of the Commonwealth of Independent States (CIS) Council of Heads of Government on May 28.

Axar.az reports that at the beginning of the event, which was also attended by the Prime Minister of Azerbaijan Ali Asadov, Alexander Lukashenko congratulated the Azerbaijani delegation on May 28 - Republic Day.

After that, he greeted the participants and made a speech.