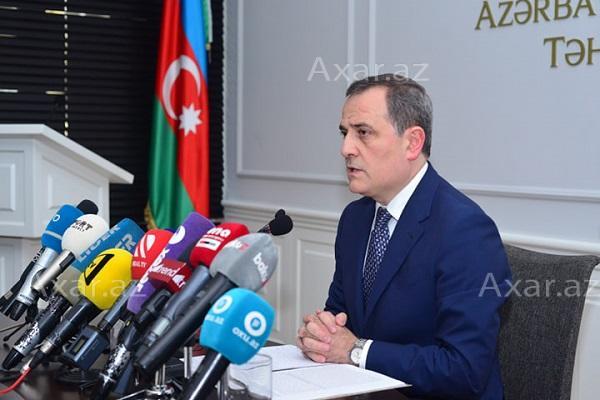 On September 25, Foreign Minister Jeyhun Bayramov met with the Permanent Representatives of the Non-Aligned Movement to the United Nations, a non-permanent member of the UN Security Council, within the framework of the 76th session of the UN General Assembly.

Axar.az reports that the Foreign Ministry told that the sides exchanged views on various issues on the agenda of the Security Council and of special importance for the Non-Aligned Movement.

The parties stressed the importance of combating terrorism and emerging challenges and threats, as well as the observance of the norms and principles of justice and international law, and the demonstration of unity and solidarity among the member states of the Non-Aligned Movement.

It was also noted that the successful chairmanship of Azerbaijan in the Movement and the initiatives of global importance initiated by the President of the country in the fight against the COVID-19 pandemic were commendable.

The sides exchanged views on other regional security issues of mutual interest.