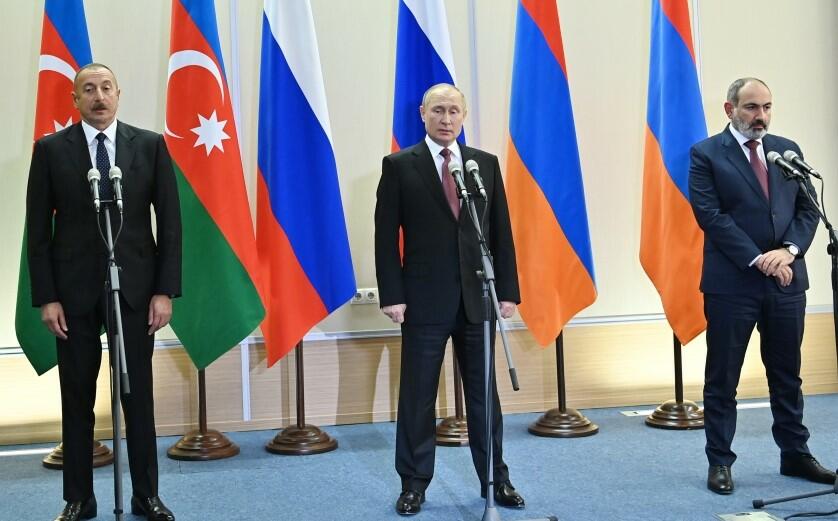 The trilateral meeting of Azerbaijani President Ilham Aliyev, Russian President Vladimir Putin, and Armenian Prime Minister Nicole Pashkina in the southern Russian city of Sochi on November 26 is also in the spotlight of the Japanese media.

Axar.az reports that Influential Kyodo news agency, chibanippo.co.jp, and ajmedia.jp websites provide detailed information on the participation of the President of Azerbaijan in the trilateral talks, the statement adopted by the leaders of the three countries, and the press conference held after the meeting. reported.

An article in English and Japanese titled "Leaders of Three Countries Agree on Demarcation of Borders" provided information on Russia's mediation in reaching an agreement. It was noted that according to the agreement, the demarcation of the borders between the two countries will begin later this year.

At a press conference after the leaders' meeting, the Russian President called the meeting very constructive and said that an agreement had been reached on a number of important issues in both the economic and humanitarian spheres.

Referring to the history of the conflict, the articles noted that as a result of the war between Armenia and Azerbaijan in September last year, Azerbaijan liberated its long-occupied lands.