An integral part of the heroic history of our people 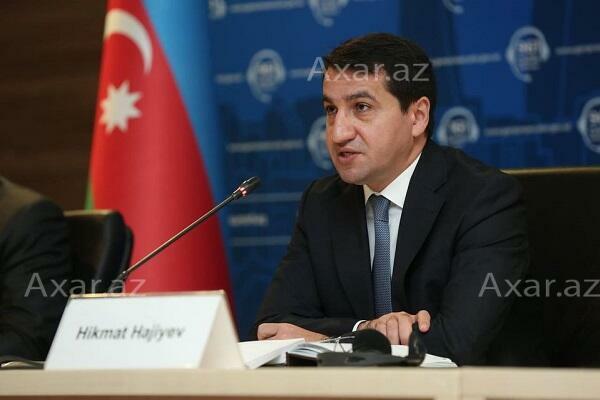 The events took place under a severe information blockade. Television and press opportunities were completely limited to hide these massacres in Baku from the international community.

Axar.az reports that the statement came from Hikmat Hajiyev, Assistant to the President of the Republic of Azerbaijan - Head of the Foreign Policy Department of the Presidential Administration.

"The late great leader Heydar Aliyev was the first to provide the international community with full and accurate information about the Baku massacres and the January 20 tragedy.

In the following years, from the first days of the late great leader's coming to power, the tragedy of January 20 was assessed at the national level, and it became an integral part of our history as a heroic chronicle of the Azerbaijani people. We are celebrating the January 20 tragedy in a different spirit and harmony than in previous years. Thus, Azerbaijani lands have already been liberated from occupation. "The Azerbaijani people, as a proud people who liberated their lands from occupation by showing heroism, consider the January 20 tragedy as an integral part of our history," Hajiyev said.