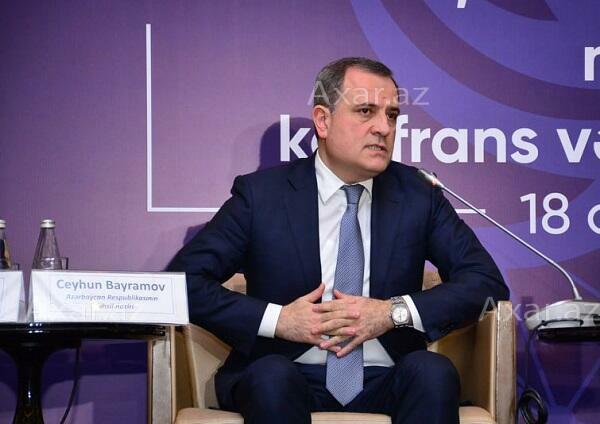 Axar.az informs this was stated by the Azerbaijani Foreign Ministry.

In his speech, Minister Jeyhun Bayramov thanked Kazakhstan for its effective chairmanship of the organization and thanked Tajikistan for organizing a high-level meeting to discuss issues of cooperation within the CIS in a spirit of mutual understanding, as well as exchange views on topical issues of the international agenda.