Aliyev refused to meet with Pashinyan and Macron 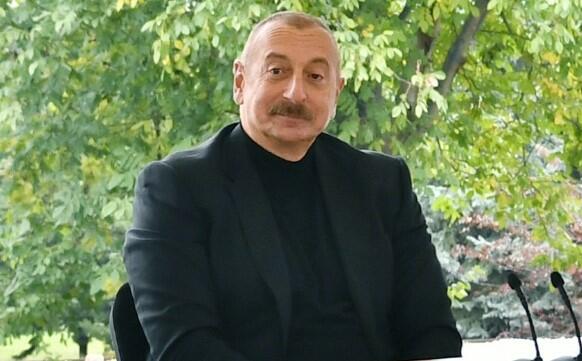 Armenian Prime Minister Nikol Pashinyan has officially announced that he is afraid to come to the tripartite meeting with the President of Azerbaijan Ilham Aliyev and the head of the EU Council Charles Michel in Brussels.

Axar.az reports that President Ilham Aliyev said this during his speech at the international conference "Along the Middle Corridor: Geopolitics, Security and Economy".

The President noted that Charles Michel's office called Hikmat Hajiyev, the President's assistant, and told him that Nikol Pashinyan agrees to the meeting only if French President Macron attends.

This is the result of Nikol Pashinyan's fear of participating in direct meetings because he will face pressure for not fulfilling the main conditions of the November 10, 2020 statement - the withdrawal of illegal armed groups and the opening of the Zangezur corridor, so he wants to bring Macron "back".