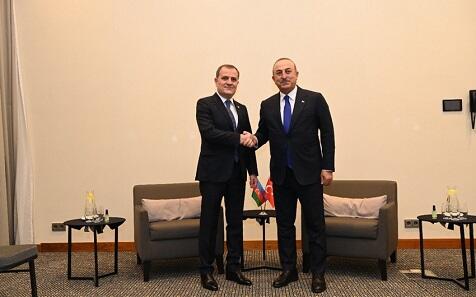 According to him, during the meeting, the issues on the agenda and future steps were discussed between the two countries:

"Always in one place, one nation, two states".