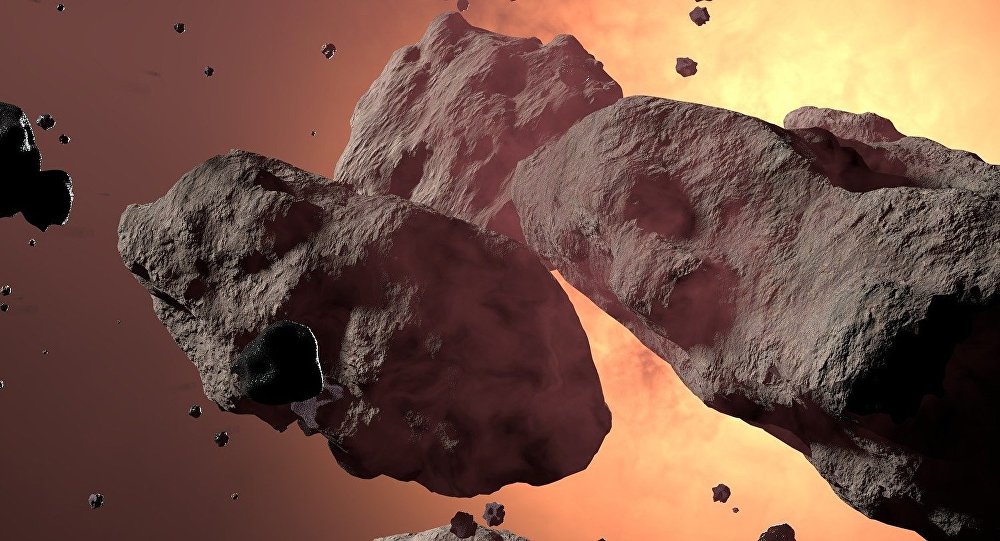 The prospect of an asteroid hitting the Earth is a nightmare scenario for many astrologists, who believe the planet isn't suitably equipped for defending itself against such an eventuality. However, those huge, hurtling rocks may be pivotal in protecting astronauts from radiation in space, and enable human exploration of other planets.

Radiation from cosmic rays is one of the biggest health risks astronauts face on protracted space missions, such as trips to Mars, or the colonization of the moon.
Research carried out by the Wake Forest Institute for Regenerative Medicine has found the constant bombardment of radiation astronauts would endure on a three-year space journey could cause them to contract leukaemia before they even reached their destination.

Humans have hitherto been protected on space missions by heavy aluminium shields, although these are only suitable for comparatively brief forays into the heavens, meaning dreams of truly intergalactic exploration stagnated in the realms of pure fantasy.

However, Dr. Daniel Britt at the University of Central Florida believes materials found in space, such as asteroids, can be harnessed to offer optimal protection against the deleterious effects of space radiation.

Clays in asteroids are rich in hydrogen, the most effective shielding material against protons and cosmic rays.

Dr. Britt and colleague Leos Pohl found asteroid clays are up to 10 percent more effective than aluminium at stopping the high-energy charged particles given off by the sun and other cosmic bodies. How the clay may be extracted remains uncertain — as of March 2017, there are no machines capable of zero gravity mining — although there are a number of potential methods. As the clays are non-magnetic, they could be separated from other materials in an asteroid using huge magnets, for example.

Another could be catching an asteroid that passes, or indeed hits, the Earth.

Leading astrophysicist Royal Lord Martin Rees has warned world leaders the Earth is extremely vulnerable to the threat of an asteroid strike, and "several hundred million" should be invested annually in protective measures as an insurance policy. Perhaps instead of pure protection, defensive solutions could also attempt to catch incoming and/or passing space debris, allowing asteroids to be mined on Earth.