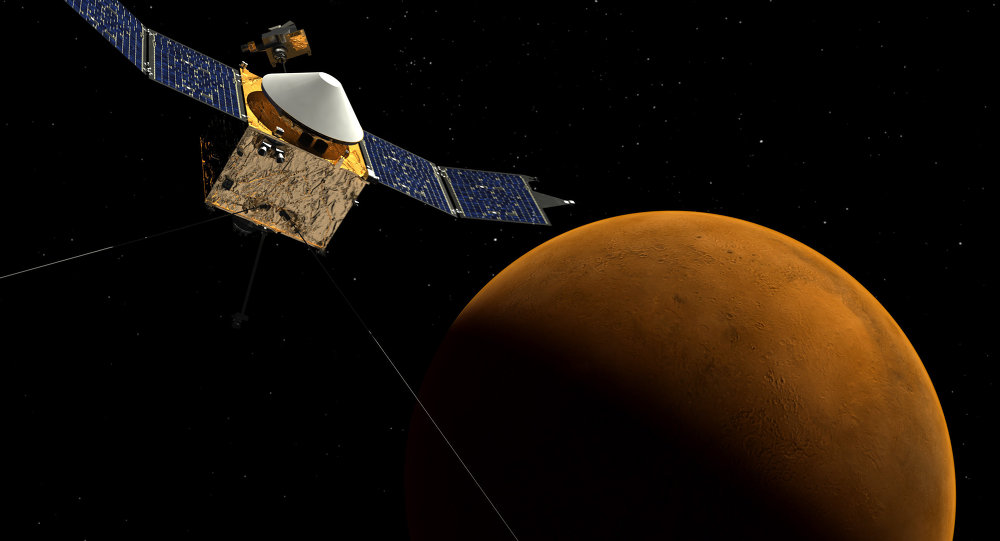 NASA has confirmed the presence of iron, magnesium, and sodium ions in Mars’ atmosphere, making it the first non-Earth planet ever to be confirmed to have metal in its air.

The ions — atoms or molecules carrying an electric charge — were detected by NASA's Mars Atmosphere and Volatile Evolution (MAVEN) orbiter. The ions were found in Mars' ionosphere, a layer of atmosphere which as its name suggests is made almost entirely of ions.

"MAVEN has made the first direct detection of the permanent presence of metal ions in the ionosphere of a planet other than Earth," study lead author Joseph Grebowsky, of NASA's Goddard Space Flight Center in Greenbelt, Maryland, said in a statement.

"Because metallic ions have long lifetimes and are transported far from their region of origin by neutral winds and electric fields, they can be used to infer motion in the ionosphere, similar to the way we use a lofted leaf to reveal which way the wind is blowing."

The metal particles result from interplanetary dust that got caught in Mars' atmosphere. The metal atoms in the dust are subjected to ultraviolet radiation from the sun, which causes them to lose electrons and become ionic.

It isn't just Mars, the MAVEN team says. Since metallic dust is common throughout the solar system, any object that orbits our sun and has an atmosphere worth talking about are likely to also have metal ions in their air. They believe that this could be the reason why NASA spacecraft have occasionally experienced interference when they go through the atmospheres of planets.

Metal was detected in Mars' atmosphere for the first time in 2014, but that was a result of Siding Spring, a large comet from the outer solar system that made a close approach to Mars in 2014, scattering metallic dust in its wake.

The new study shows that the metallic ions observed are far older than Siding Spring, which suggests that they are a permanent feature of the Red Planet's atmosphere.

While Earth and Mars both have ionospheres, they vary significantly. Earth's ionosphere is like a layer cake of different types of metal ions, which occurs as a result of Earth's powerful magnetic field. Mars' ionosphere is thinner, weaker, and only layered in certain places. This is because Mars has a generally weak magnetic field, concentrated on certain regions of the southern hemisphere and virtually absent in the north.