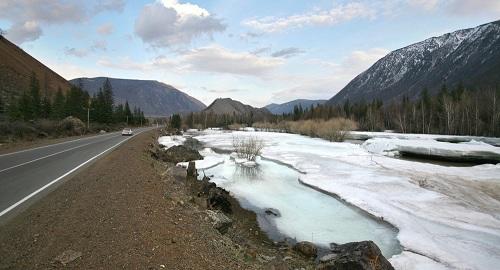 Ornithologists of the University of Tyumen forecast the increase of the grey heron population in the west Siberian region of Tyumen, its press service.

“The results of the heron colony studies show the bird’s high adaptability to nesting. Under the moderate anthropogenic impact, grey heron colonies may develop rapidly on the territory of the Tyumen Region,” the press service said.

The studies of the heron colony at the local lakes took about five years, the press service added.

According to Maria Lupinos of the university’s zoology department, the heron’s breeding depends on spring weather, amount of food and predators.

“Grey herons mainly nest in pines, dominant trees in our region. Besides, it’s easier for adult birds to hide in pine branches,” the ornithologist was quoted as saying.

The arrival of birds at their nesting sites depends on weather conditions and begins in late March and early April in the Tyumen Region, Lupinos added.

“The height of grey heron nests varies from nine to 15 meters from the ground,” she said.

The Tyumen Region will soon become home of a scientific and educative center established as part of the ‘Science’ national project. The center may unite ten universities, seven business corporations and nine scientific institutions. Its work will focus on regional projects.