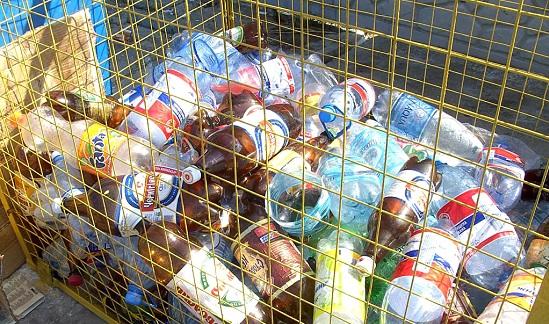 A Canadian firm has found a way to convert ubiquitous plastic headed for landfills into diesel fuel and gasoline, according to a report Tuesday. The technology is already being used by the Sparta Group, the firm behind a pilot project known as Phoenix, to fuel the company’s truck fleet.

Axar.az reports citing AA, 5 tonnes of plastic can be converted into about [1,057 gallons] 4,000 liters,” said John O’Bireck, president of the Sparta Group located in the Town of Whitby, just outside of Toronto. “And 4,000 liters can drive our whole fleet of 10 vehicles back and forth every day running 16 hours a day.”

The trucks are used to transport industrial waste.

“If you take plastic as it stands, it’s going to go in the ground and it’s going to sit there for a thousand years,” O'Bireck said.

“By adding this technology, we are converting it so that we give it (plastic) one more chance to go back out.”

In the province of Nova Scotia, another project uses similar technology to convert plastic into fuel. Sustain Technologies Inc. will use up to 50,000 tonnes of municipal garbage per year when fully up and running.

“They seem to be attracting a lot of international attention, people from various parts of the world coming to see the plant in operation," she said. “It’s great technology. It’s very important for the future of the planet.”

Keith Brooks, program director of the advocacy organization Environmental Defence, said the process still uses plastic to create fossil fuels and there is a better solution.

“We don’t think there should be any non-recyclable plastic,” he said.