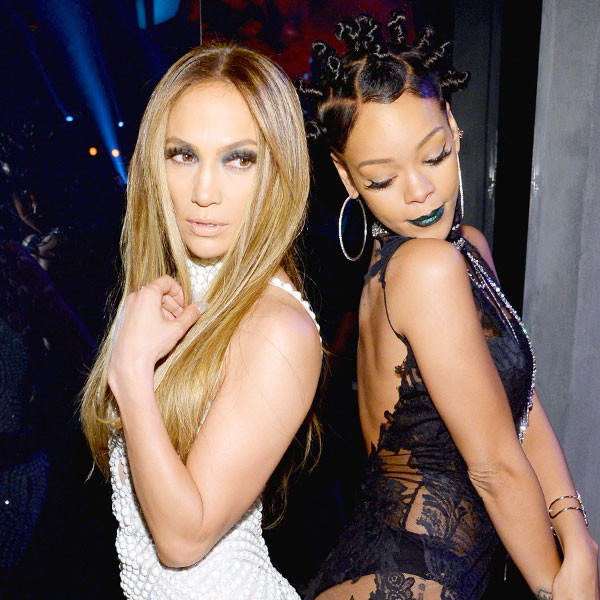 It seems she's not too pleased about rumours that her ex, Drake, and Jennifer Lopez are an item.

Instagram devotees noticed that Rihanna unfollowed J.Lo during the holiday weekend, causing many to speculate that Jenny From The Block went against girl code and romanced her friend's one-time boyfriend, according to E! News.

The 30-year-old rapper and J.Lo, 47, sparked relationship speculation earlier this month when Drizzy attended two of her Las Vegas concerts back-to-back, and hosted an exclusive gathering that Jennifer went to.

An insider told E! News it was 'a super intimate dinner' held at celebrity hot spot Delilah in West Hollywood, and the pair reportedly left together.

Jennifer and Rihanna, 28, who spent Christmas with friends and family in her native Barbados, are longtime pals despite the 19-year age gap.

Earlier in 2016, the brunette beauty gave J.Lo a pair of blue boots from her design collaboration with Manolo Blahnik.

In a handwritten note to the singer, Rih called Jennifer 'the baddest...because I know you're gonna wear them better than me!!!'

J.Lo loved the thigh-high heels so much, she wore them in her music video for Ain't Your Mama.

A grateful Rihanna took to Instagram, saying: 'Thanks for the support! I'm having such a f***ing moment knowing that forever I have proof of a bad one like you in my designs!!!'

In March 2015, Jennifer dished about her Home co-star to E! News.

Not all love is lost between the couple. Jennifer still follows the singer as well as Drake, and he follows her and his on-again, off-again love.