Theft over $28 million from Johnny Depp 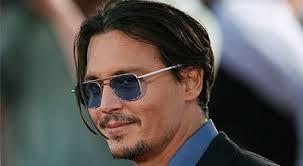 Hollywood actor Johnny Depp intends to sue its former executives accused of stealing $ 28 million. According to star of the American cinema, funds in the amount appropriated his assistants from the company’s Management Group, who were engaged in financial issues and problems with taxes.

Axar.az reports that, as noted by counsel for the star for 17 years, crooks have made on behalf of Depp’s pay without his consent. In addition, due to the negligence of ex-managers, the actor has lost another 5.6 million dollars for late payment of taxes. About ten million dollars «helpers» Depp transferred to third parties, the actor did not know.

Johnny Depp has filed a lawsuit in the superior court of the County of Los Angeles. About theft and other numerous abuses became known only in 2016, when the actor hired a new Manager.

We will remind, earlier it was reported that Johnny Depp has officially split from his girlfriend amber heard.