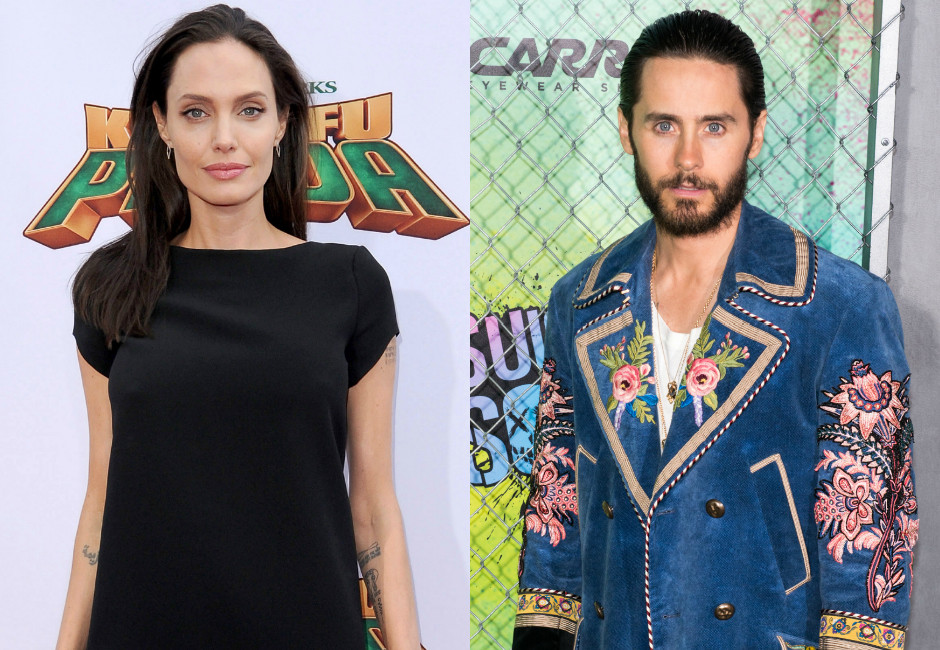 International media have said Brad Pitt's actress and ex-wife is quickly overcoming her divorce by finding another man to fall in love again.

This is Jared Leto, one of the most wanted men in Hollywood. The Heat Magazine has been responsible for giving light on the subject, indicating that the chemistry between the two actors and which was rumored in 2004 during the recordings of ' Alexander Magno', is more latent than ever.

"They met in Los Angeles for dinner at the Chateau Marmont. They have maintained a very friendly relationship all these years and there has always been chemistry. She is not in a hurry because the relationship is formalized, not while undergoing such controversial divorce and custody of the children, but neither is deprived of adventure and fun with the actor, "a source told the publication.

True or false? We do not know, what is certain is that although Angelina maintained emotional stability, now everything seems to be against her, after appearing as a victim of Brad just to gain custody of their children.