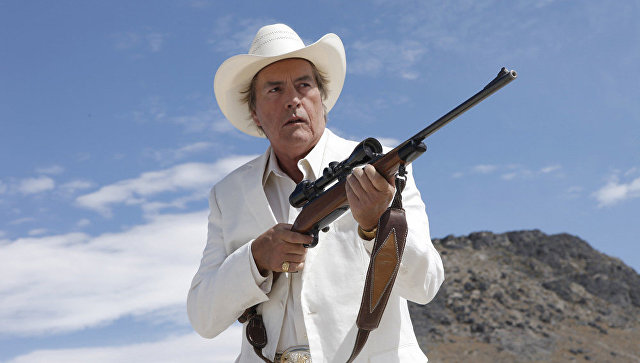 Powers Boothe, the character actor known for playing villainous roles in films like Sin City and Tombstone and television series like Deadwood and Agents of S.H.I.E.L.D., died at his home in Los Angeles. He was 68.

Boothe's representative confirmed the actor's death, adding that Boothe died in his sleep from natural causes.

Actor Beau Bridges was the first to share news of Boothe's death on Twitter. "It's with great sadness that I mourn the passing of my friend Powers Boothe. A dear friend, great actor, devoted father & husband," Bridges wrote.

Boothe was known for portraying rival brothel owner Cy Tolliver on three seasons of Deadwood, where he became the town nemesis to Ian McShane's Al Swearengen. In recent years, the actor had a reoccurring role as tycoon Lamar Wyatt on the country music drama Nashville.