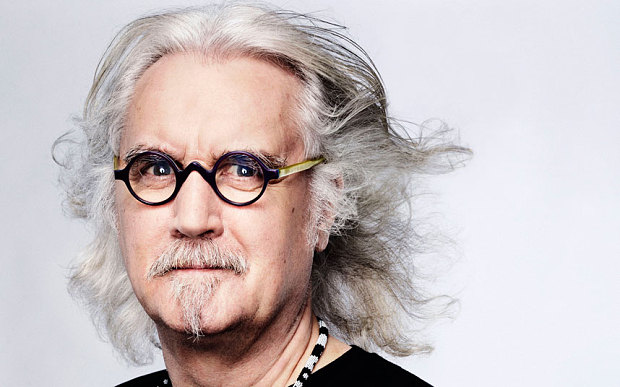 Billy Connolly has been given a knighthood in the Queen's Birthday Honours List in a landmark year that will see him hit the milestone age of 75.

The Scots comedian and actor, affectionately known as the Big Yin, is set to become a Sir in recognition of his services to entertainment and charity.

The accolade - handed out in the centenary year of the Order of the British Empire - comes after he was made a CBE in 2003 and will represent a high point for the star as he turns 75 in November.

He has already been the subject of an ITV special celebrating his career, as well as having three giant murals erected in his honour in his native city of Glasgow.

Other well-known Scottish faces including Judy Murray and Emeli Sandé will also be honoured, with Harry Potter author J.K. Rowling - who was made an OBE in 2001 - becoming a member of the Order of the Companions of Honour in light of her services to literature and philanthropy.

Scottish Secretary David Mundell said: "In the centenary year of the Order of the British Empire, the Queen's Birthday Honours have recognised the achievements of a diverse and inspiring number of our fellow Scots. I congratulate each and every one of them.

"Billy Connolly's knighthood celebrates a truly great Scot, the irrepressible 'Big Yin' who has entertained millions, but also his dedicated charity fundraising. He is an ambassador for both humour and humanity, and this recognition is richly deserved."

Billy’s knighthood comes after he admitted that his chances of returning to the stage depend on the success of his medication for Parkinson’s disease.

The comedian was diagnosed with the neurological condition back in 2012 and cancer on the same day, but remained defiant and continued to appear on screen.

On doctor's advice, Billy refrained from taking medication until earlier this year and when asked if he will perform on stage again, the Scot said he "lives in hope".

Billy shared at the time: "I'll have to see how this medicine works out.”

The funnyman, who earned fans around he world with his energy and humour, went on to tell the Daily Mail there are moments he struggles with the burden of the condition.

Billy said: "Asking waiters to help you out from the table is one of those stages. A sense of humour is absolutely essential.

"It's the only thing that gets you through. Sometimes I get kind of dark about it. It's because it's forever, you know.”