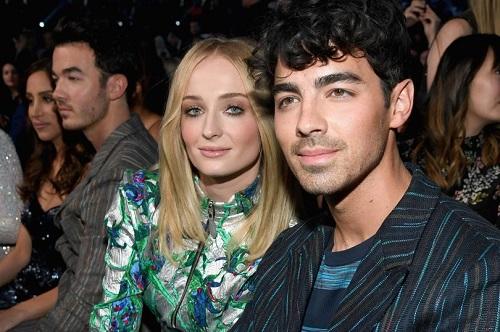 Game of Thrones star Sophie Turner has married her fiance Joe Jonas in a secret ceremony in Las Vegas.

The British actress tied the knot with her pop star boyfriend in Sin City last night shortly after leaving the Billboard Awards.

A video of the nuptials shows Sophie, 23, wearing a white dress and a veil as she exchanged vows with Joe, 26, who looked smart in a grey suit.

They were in a wedding chapel in Las Vegas and the ceremony was presided over by an Elvis impersonator,

The couple then says together: "I promise you, I will never leave you. I will love and trust you all the days of my life."

The Elvis impersonator then told the groom: 'You may kiss the bride', which he did as the guest whooped and hollered.