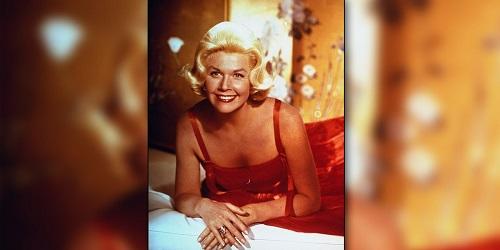 Doris Day, whose wholesome screen presence stood for a time of innocence in ’60s films, has died. She was 97 years old.

Axar.az reports citing foreign media that the Doris Day Animal Foundation confirmed Day died early Monday at her Carmel Valley, Calif., home, the Associated Press reported. The foundation said in an emailed statement she was surrounded by close friends and “had been in excellent physical health for her age, until recently contracting a serious case of pneumonia.”

Day was once one of the biggest female box office stars in American history and an accomplished, award-winning singer, who retired in her 50s to follow her dreams into animal activism and rescue.

She was awarded a Grammy Lifetime Achievement Award in 2008, and during her lifetime, three of her songs - “Sentimental Journey,” “Secret Love" and “Que Sera Sera” - were inducted into the Grammy Hall of Fame.

She received two stars on the Hollywood Walk of Fame, one for her film work and one for her music work. In 2004, she was awarded the Presidential Medal of Freedom by then-President George W. Bush for her work on behalf of animals - but a fear of flying caused her to miss the ceremony.